It's Been A While 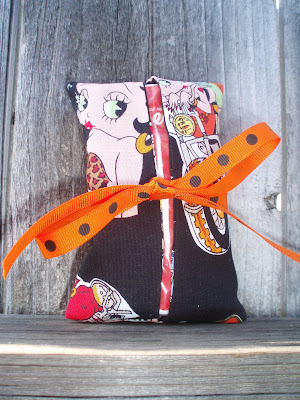 I'm back. It's been a few weeks. We are still fighting illness. Scout is much better, I came through my bug, but now the Peanut has a virus with croup. Tis the season for illness. So, I have been busy with sick kids, and distributing Girl Scout Cookies. I have already polished off a box of Thin Mints. They are my favorite. 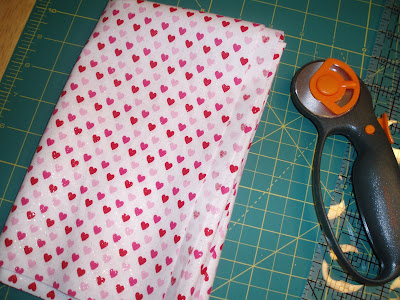 I did make some time for crafts last week. I made about eight little tissue holders for Valentines Day. The first one I made was Betty Boop on a Harley for my good friend Michele. She and her husband Johnny love their motorcycle and are totally into their customized bikes. Check out their blog to see Johnny's creations. The tissue holder came out really cute!
I bought a yard of Valentines Day fabric to use for various projects and thought that these tissue holders were the thing to make. The girls loved them! I don't give the girls candy on Valentines Day. I know, what a boring Mom. This year, they got tissue holders and Valentines Day books. They thought they were cool! If you would like this super simple pattern for these tissue holders, check out one of my favorite blogs : Skip To My Lou
I also busted out several batches of Valentines brownies for different friends! I used Martha Stewarts idea about cutting them out with heart cookie cutters and also used another tip that she had on her show to get the brownies out of the pan without greasing it. I used parchment paper to line my pan, and lifted them right out. Go Martha! You are the best!!! It worked great. Most of you probably already know that trick, but I am just a little behind the times.

The Peanut wanted to make goody bags for her class party. I usually try to be really crafty and creative, but this year, it was all about the dollar store. I spent way less money and I think they turned out really cute.

So that was the week that I didn't blog about. Next project.......salt dough ornaments!
Posted by Pink Petunia Designs at 9:15 AM 3 comments:

Labels: Crafty Stuff, Interesting to Me, Talented Artists and Crafters

My Only Creativity for the Day

O.k., I got lucky and didn't get the flu bug, but the Scout now has a head cold and has lovingly,(through many wet kisses) passed it onto her mommy. I am a little sluggish today and just feeling like my head is ready to explode. So, needless to say, there will be no crafty post today. I did do some blog reading though and picked this up off of Sweet Jessie one of my favorite blogs to read. This was the only creativity that I could muster today, so please bear with me. I realized that I still have a lot to do in my life after looking at this list, especially travel!!!!

Here are the rules: Bold the things you’ve done and post on your blog!

1. Started your own blog - Duh?!
2. Slept under the stars - My favorite to go along with #5.
3. Played in a band
4. Visited Hawaii - hopefully in a few years
5. Watched a meteor shower
6. Given more than you can afford to charity
7. Been to Disneyland
8. Climbed a mountain - Mt. Lassen
9. Held a praying mantis - this is not happening, so just forget about it. They are my worst of worst phobia. See prior posts on the subject.
10. Sang a solo - in the shower?
11. Bungee jumped
12. Visited Paris
13. Watched a lightning storm at sea.
14. Taught yourself an art from scratch
15. Adopted a child
16. Had food poisoning - I think?
17. Walked to the top of the Statue of Liberty
18. Grown your own vegetables - when I was a kid we grew our own strawberries and grapes
19. Seen the Mona Lisa in France
20. Slept on an overnight train
21. Had a pillow fight
22. Hitch hiked
23. Taken a sick day when you’re not ill
24. Built a snow fort - No, but I built a snowman, does that count?
25. Held a lamb
26. Gone skinny dipping - Sorry Mom!
27. Run a Marathon
28. Ridden in a gondola in Venice
29. Seen a total eclipse
30. Watched a sunrise or sunset
31. Hit a home run
32. Been on a cruise
33. Seen Niagara Falls in person
34. Visited the birthplace of your ancestors
35. Seen an Amish community
36. Taught yourself a new language
37. Had enough money to be truly satisfied
38. Seen the Leaning Tower of Pisa in person
39. Gone rock climbing
40. Seen Michelangelo’s David
41. Sung karaoke - Just Beat It
42. Seen Old Faithful geyser erupt
43. Bought a stranger a meal at a restaurant
44. Visited Africa
45. Walked on a beach by moonlight
46. Been transported in an ambulance - Nope, but I rode with my daughter twice. It was interesting.
47. Had your portrait painted
48. Gone deep sea fishing
49. Seen the Sistine Chapel in person
50. Been to the top of the Eiffel Tower in Paris
51. Gone scuba diving or snorkeling
52. Kissed in the rain
53. Played in the mud - Yesterday
54. Gone to a drive-in theater - I love the drive-ins
55. Been in a movie
56. Visited the Great Wall of China
57. Started a business
58. Taken a martial arts class
59. Visited Russia
60. Served at a soup kitchen - I worked at a homeless shelter for my internship
61. Sold Girl Scout Cookies- Currently engrossed in over 200 boxes
62. Gone whale watching
63. Got flowers for no reason - I am still wondering about those random daisys left on my windshield years back?!
64. Donated blood, platelets or plasma
65. Gone sky diving
66. Visited a Nazi Concentration Camp 67. Bounced a check
68. Flown in a helicopter
69. Saved a favorite childhood toy
70. Visited the Lincoln Memorial
71. Eaten Caviar
72. Pieced a quilt - not yet, but soon!
73. Stood in Times Square
74. Toured the Everglades
75. Been fired from a job
76. Seen the Changing of the Guards in London
77. Broken a bone - Does a crack count?
78. Been a passenger on a motorcycle
79. Seen the Grand Canyon in person - hopefully next summer
80. Published a book
81. Visited the Vatican
82. Bought a brand new car
83. Walked in Jerusalem
84. Had your picture in the newspaper
85. Kissed a stranger at midnight on New Year’s Eve - I don't think any strangers
86. Visited the White House
87. Killed and prepared an animal for eating - Does fish count?
88. Had chickenpox-When I was seventeen and right before prom, ugh!
89. Saved someone’s life- Go Epipen!!
90. Sat on a jury - but never got selected
91. Met someone famous - o.k. I didn't meet him, but Robin Williams stood right next to me at the Exploritorium in S. F. so cool
92. Joined a book club
93. Got a tattoo
94. Had a baby - x2
95. Seen the Alamo in person- so serene and humbling
96. Swam in the Great Salt Lake
97. Been involved in a law suit-my old gym said that I was and gave me a free pass for a week
98. Owned a cell phone - who doesn't?
99. Been stung by a bee

So now it's your turn to copy/paste and bold the ones that you have done. Let me know.
Posted by Pink Petunia Designs at 8:35 PM No comments: 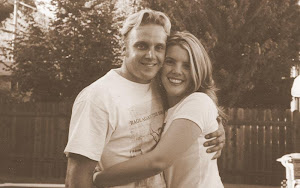 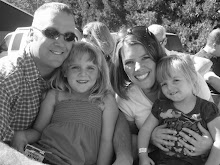 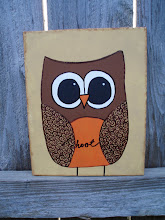